Board Evolution in a Time of Crisis 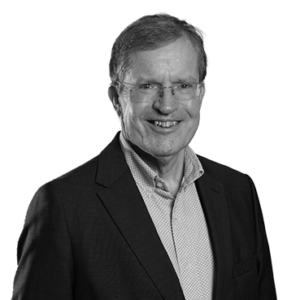 At the beginning of lockdown Stephen Bampfylde held a series of webinars with Patrick Dunne to discuss the challenges facing boards and the impact of the crisis on governance.

These were an opportunity for Patrick to share some of the key themes coming out of his recently published book ‘Boards: A Practical Perspective’ and allowed a community of board leaders a space to share their experience and learnings from the crisis at that time. You can find our reflections from this time here.

Six months on, Saxton Bampfylde were delighted to follow up on this series to see what predictions had come true, what we’d learned so far and what the challenges were facing boards as everyone adapts to new ways of working. The following summarises some of the key themes coming out of these discussions, along with our own insights from working with boards during this exceptional time.

What has changed and what hasn’t?

The fundamental roles of the board and the executive haven’t changed but the overlap between the two has. Patrick illustrated this as a Venn diagram with the role of the Board and Executive on either side and an enlarged intersection. The balance of oversight and support shifted towards a more heavy-handed approach from the board early on but ultimately boards have come to question whether this is sustainable, and the pendulum has swung back again.

The way boards operate has also evolved, as the set strategy and annual budget have been replaced by a more dynamic budgeting approach and strategy that works less like a road map and more like a Satnav. Boards still need these basic frameworks but have quickly learned that setting forecasts has proved futile with the previously set budgets quickly going out the window as many organisations went into survival mode.

At the beginning of this crisis, it seemed obvious there would be a rise in board churn as the needs and priorities of organisations changed. Over the course of the crisis, some board members have been found wanting, particularly those who were over boarded but had not realised the extent of their over commitment until now. Once the initial crisis management stage was over boards saw an opportunity to lose those members who hadn’t stepped up or who had simply self-selected off as their priorities shifted. Turnover of board members can be helpful for an organisation especially those whose focus or purpose has shifted and no longer aligns with why people joined the board in the first place.

The last year has encouraged many organisations rethink what it is they do and why. Covid has given some organisations an opportunity to demonstrate their social purpose which in some cases has meant a shift in customer base or funding. In some this shift has resulted in push back from board members who felt the purpose of the organisation had changed from that which they had joined. For others, however, this new purpose, and the community impact this has had, has reassured them that this is the right thing to do. In our own work we have seen a marked change in how non-executives want to build their portfolios. Organisations with a social purpose are benefitting in terms of candidate interest from a wider enthusiasm for those supporting society through the pandemic. 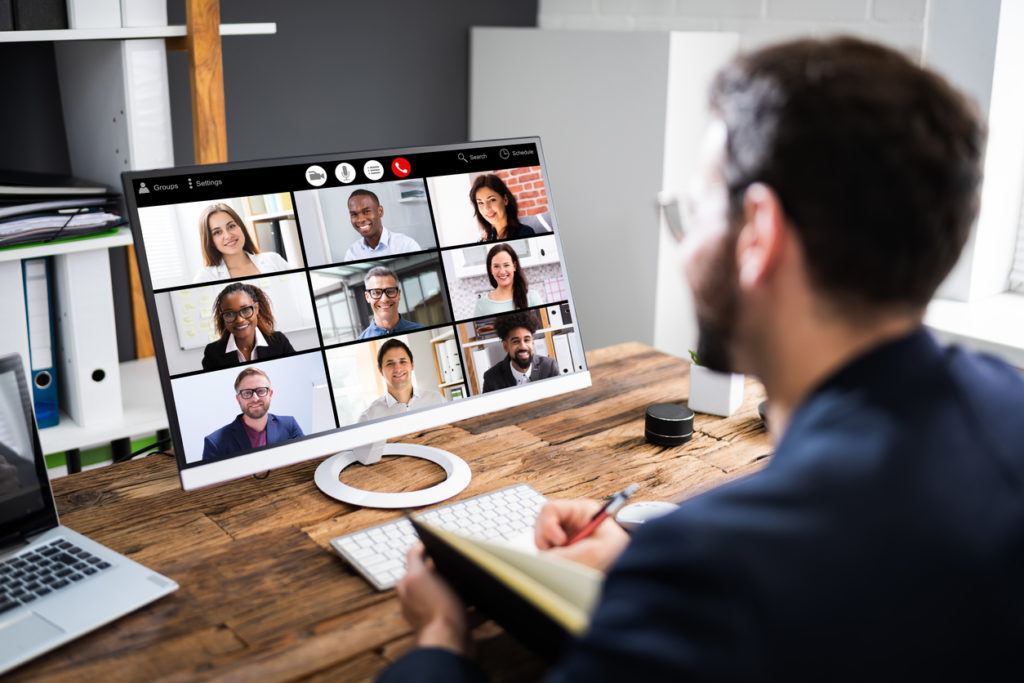 Wellbeing of Board Members

At the outset of lockdown, it was easy to get alignment as organisations entered survival mode and focussed on the short term. A couple of months into the lockdown it became apparent this pace was not sustainable for the board or the executive team and that there was a real risk of burn out. Many boards have struggled to get the Chief Executive and senior team to mirror good behaviour and take breaks, as they feel the full responsibility of leading the organisation through the crisis. The inability to travel has meant people aren’t taking breaks and while there was often an initial thrill at saying goodbye to the commute, six months many are keen to get back to the office and some sense of normality. All of this has led to boards spending more time than they normally would on people issues and wellbeing, with Chairs and board members needing to remember to practice what they preach and take care of themselves as well.

While it might not feel like a key priority, this has been a helpful time for Chairs to carry out one-to-ones with board members and ensure there is a good level of engagement and alignment around key issues. Early on in the pandemic Chairs were concerned about maintaining good governance as the board’s way of working changed and became more dynamic, with concerns that this would expose the organisation to greater risk. One helpful solution has been to form a smaller subcommittee to meet much more regularly with the Chief Executive for an update on key areas of concern, in an environment where the Chief Executive feels comfortable speaking freely about the challenges and areas where they require support. This also provides an opportunity for the board to keep an eye on possible burn out.

Boards are used to triangulating data they receive in papers ahead of meetings through conversations with the executive and visits. Since the onset of the pandemic, this hasn’t always been possible, and boards have worked to alleviate this by ensuring papers are sent well in advance with board members encouraged to comment and ask questions in advance of the meetings themselves. This allows the meetings to be more focussed and less lengthy. This is critical when members are likely to be dealing with ‘Zoom fatigue’ but also ensures they are engaged and asking the right questions. For other boards, shifting to a short weekly meeting to check in on critical issues, often with a dashboard focussed on Covid related metrics, has provided the reassurance and diligence the crisis required.

Carrying out a board review during this period is challenging but helpful in ensuring the board knows what its purpose is and remains effective. A number of boards have been putting this off as not being a priority, and while it might feel like a challenging time to undertake a review the use of technology means the process can be delivered remotely with some ease. This delay will likely lead to a rise in reviews in the coming year that may prove helpful for the board in reflecting on how it performed during the crisis and whether it is fit for purpose for the future. Overall it was agreed that there is a sea change which has been underway for some time; reviews have often been purely focussed on compliance, particularly for those operating in a sector where a regulator must be satisfied. Going forward reviews need to address the actual effectiveness of the board, while ensuring compliance is of course addressed.

Onboarding in the time of Covid

Onboarding new board members you have never met in person has been an interesting challenge, and never more so than bringing a new Chair on board during the last six months. The process of getting to know people virtually is often less taxing on the diary but not as straightforward. Some boards have found this has meant holding more Teams or Zoom meetings and allowing some of those to be informal, such as giving new Chairs time to speak to the Chief Executive without an agenda. Joining a board at a point when the organisation is under serious pressure is challenging in normal circumstances; meeting more regularly as a board has helped ensure there is a good level of oversight from the board and newer members feel confident they understand the challenges the organisation is grappling with. Boards have largely chosen not to delay strategy days but rather to hold them virtually, with much stricter time keeping measures in place, acknowledging that it is harder to maintain concentration in the same way virtually that we would do in person. 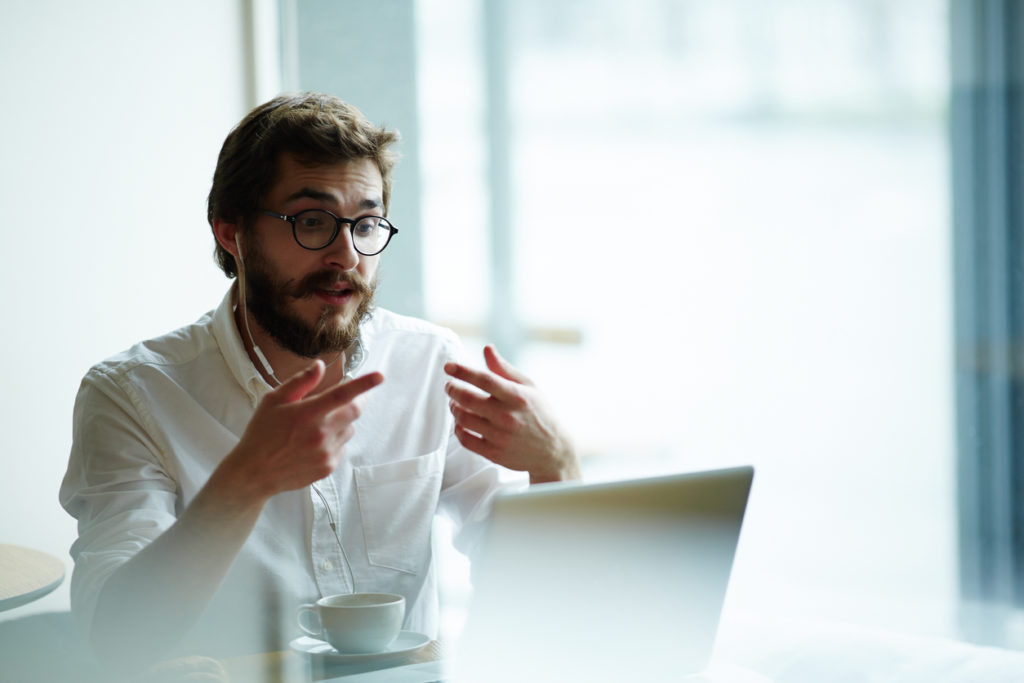 Providing support to the Chief Executive has been critical during the last six months, particularly for inexperienced ones. Chief Executives will naturally be keen to prove themselves but many boards have found themselves having to encourage them to include the rest of the executive team. Conversely in some cases where the Chief Executive and Chair were catching up on an almost weekly basis this had a destabilising impact on the rest of board who felt side lined. As we continue to adapt and organisations emerge into the next phase, boards should watch out for this ‘siege mentality’ that may have developed between the Chair and Chief Executive in dealing with this crisis and could result in isolating others.

During times of crisis there can be a tendency to look to the board as the ultimate problem solvers. Creating ‘huddles’ of board members, not as a formal committee, but where a person or issue needs specific support, can be helpful to address problems in a less formal way. Buddying board members with executive members can also act as a solution to this and ensure that other board members don’t feel side-lined.

When an organisation is facing an existential threat, as many were during the start of this crisis, it is easy to get alignment from the board and executive purely based on survival. As we move into the next stage it may be harder to get this same alignment. The great defensive spirit that got many boards through the initial challenges they faced six months ago has in many cases been eroded. This is partly due to stamina – as any endocrinologist will tell you being in survival mode full-time is not sustainable – and partly as weariness of the new way of working sets in.

Boards now need to strike the right balance of ensuring that both they and their executive teams balance the pressure of steering the organisation through the next few months with modelling good behaviour and looking out for their well-being. Keeping on track with strategy days, board recruitment and board reviews might feel like an added challenge, but it will ensure the board is best placed to lead the organisation into the next phase. The almost overnight adaptation to virtual ways of working is an example of a positive change that has come out of the last few months and which some organisations may well choose to continue, long after the appearance of the much-anticipated vaccine. There is an opportunity for organisations to come out of this with a positive culture change, but this needs to be a deliberate choice.

Vetted Solutions sponsored a podcast that was released by Hunt…

The ABC of female leadership

It is estimated that achieving gender balance in decision-making positions…

Women should not be just a quota in companies

The gender gap in Colombia remains, according to DANE the…